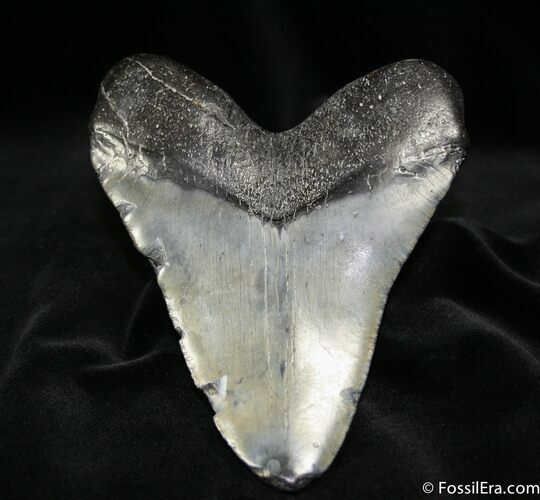 Here is a massive tooth from the ancient, mega-shark, the Megalodon. It's just a hair under 5 3/4 inches in length, so it would have come from a large adult shark, nearly 50 feet in length.