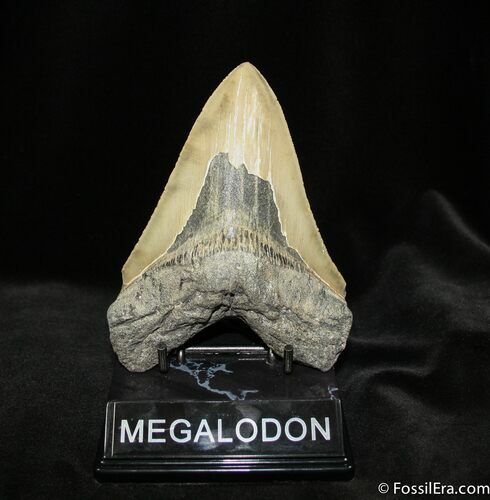 Here is a nice large, impressive Megalodon tooth from South Carolina. It has great coloration and a killer tip to it. There is no restoration or repair and it displays very nicely on the included "MEGALODON" stand.