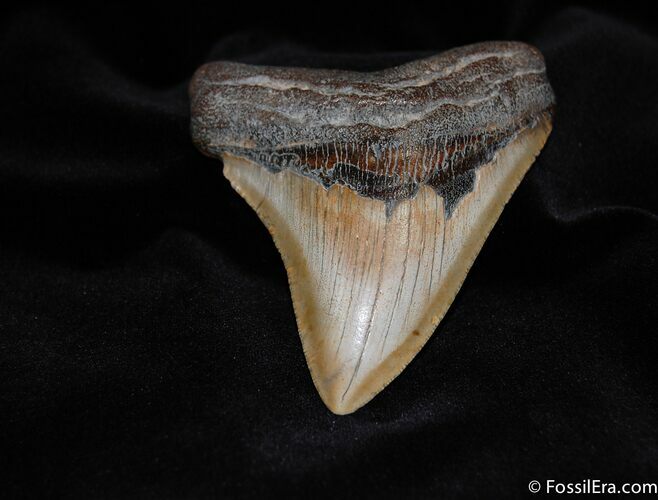 This is a nice 4.15 inch long megalodon tooth with a nice sharp tip and good serrations along the sides. It was collected off the SE Atlantic Coast (North or South Carolina) after it had eroded out of the Hawthorn Formation. It displays well on the included acrylic stand and would have come from a true terror of the prehistoric seas.