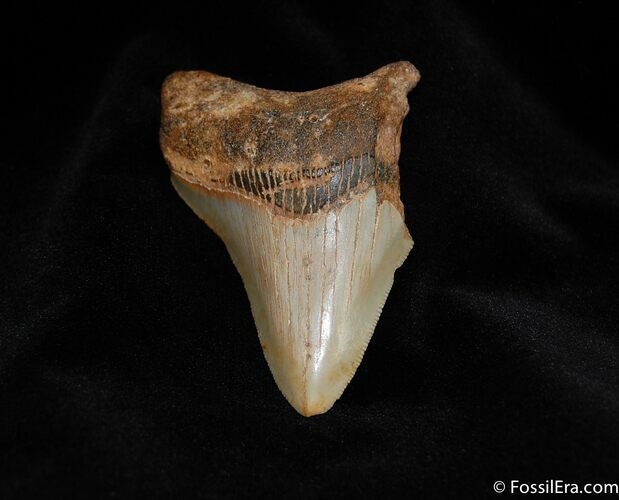 Here is a partial (80% complete) Megalodon tooth with very colorful enamel, showing serrations and some feeding damage on the tip. Despite the missing corner it is still an impressive and beautiful tooth from this pre-historic mega-shark.