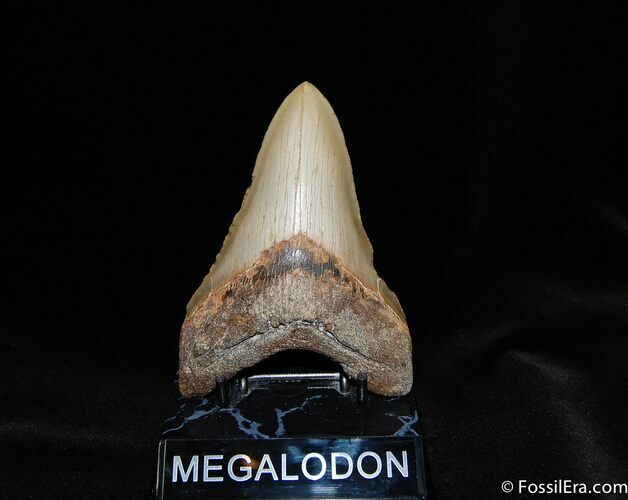 Here is an impressive Megalodon tooth just shy of 5 inches in length. It looks like a dagger with a very sharp tip and good serrations. You can imagine how menacing the 40+ foot shark this tooth belonged to would have been. It was collected off the North Carolina coast after it weathered out of the 4-7 million year old Pungo River Formation. It comes with a "MEGALODON" stand to help show off how impressive it is.