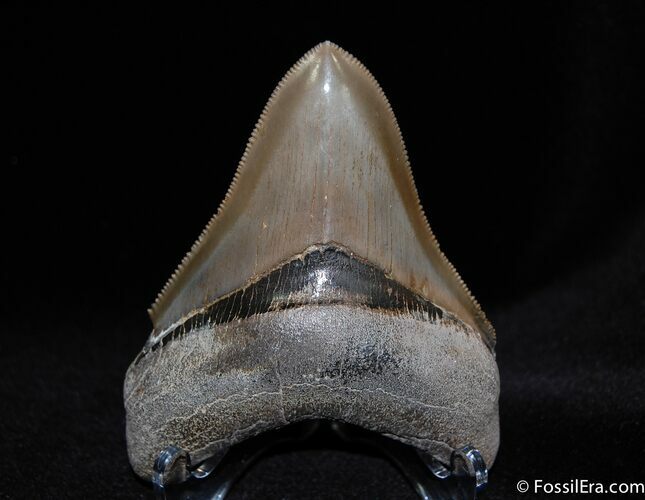 Here is a super serrated and sharped tip 3.15 inch long Megalodon tooth from Beaufort, SC. It's absolutely gorgeous with a very beautiful blade and a nice bourrelette. The tooth displays nicely on the included acrylic display stand. Don't miss this collector quality tooth. 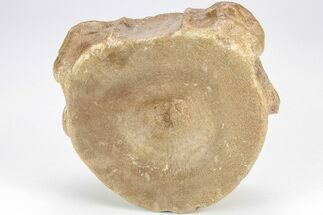