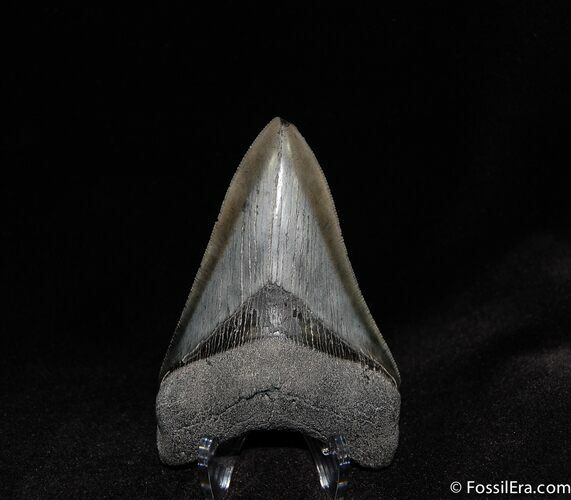 Here is a real beauty of a Megalodon tooth. It's 3.81 inches long and was found in Peace River, Florida. The preservation on this tooth is stunning, with a very beautiful blade, great serrations, robust root and nice bourrelette. It displays very well on the included acrylic stand and doesn't have any repair or restoration. 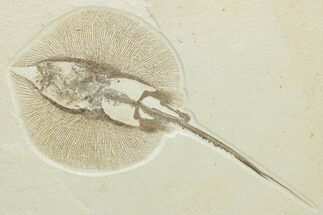