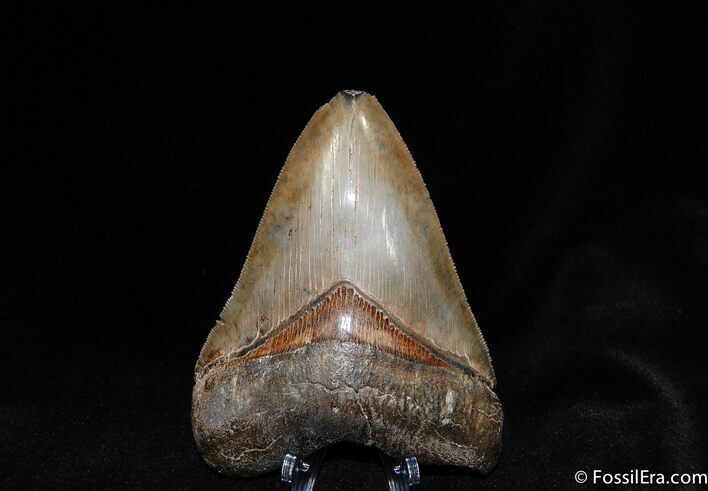 Here is a beautiful 4.33 inch long Megalodon tooth from Beaufort, SC with some great serrations. This is a very nice all around tooth with just some natural feeding damage to the tip. It has no repair or restoration and displays well on the included stand.