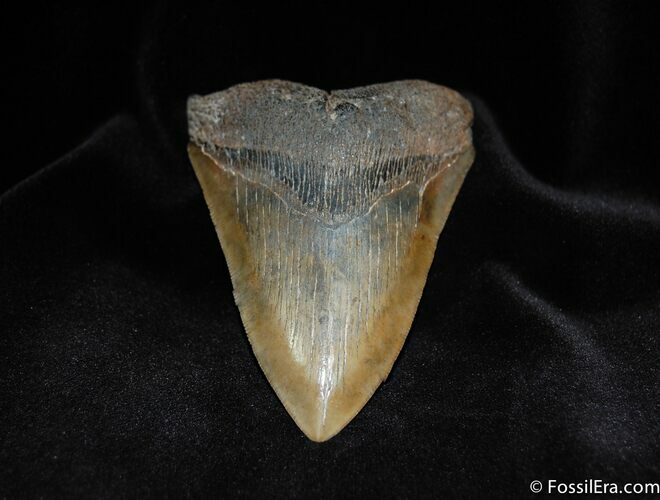 Here is a 3.61 inch tooth from the prehistoric, mega-shark Megalodon. It's from the Hawthorn Formation of Carolina and was collected by a diver after it had whether out from the 4-7 million year old rock. This tooth has a large, beautifully colored blade, a nice top and the serrations are present though a little worn. All around it's a great tooth for the price.