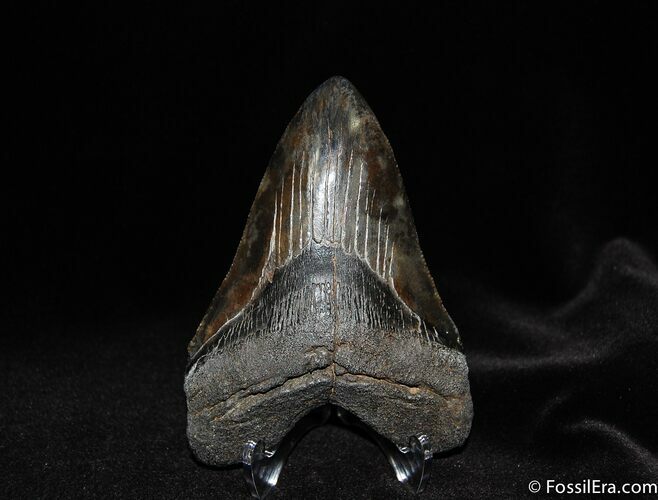 This is really a beautiful specimen of a 4 3/4 inch Megalodon tooth. It's got fantasic blade coloration, nice serrations, a sharp tip and a very robust root. This tooth was collected after it had eroded out of the 4-7 million year old Pungo River Formation in North Carolina. It displays very well on the included acrylic display stand.

This tooth does have some restoration work professionally done to it. A very small part of the left side enamel as well as the tip has been restored.