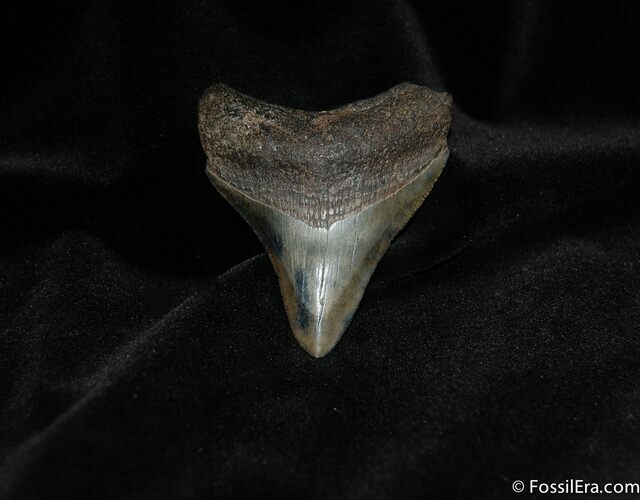 This is a beautiful 2.5 inch Megalodon collected near Savannah Georgia. It has beautiful coloration, a sharp tip and is nicely serrated. This is a great example of a tooth that would look great in any fossil collection.