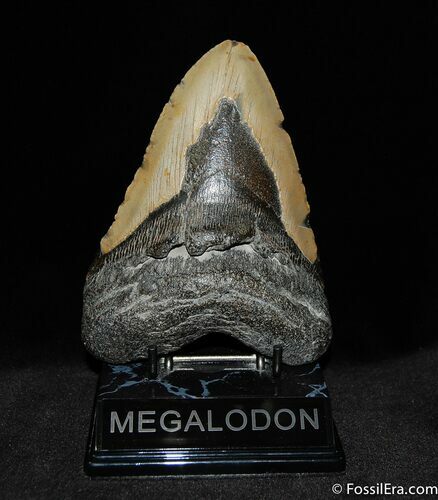 Here is a very large and impressive tooth from the ancient, mega-shark, the Megalodon. It was found by a diver after it had weathered out of the Pungo River Formation of North Carolina. At 5 1/2 inches this came from a very large adult shark, probably approaching 50 feet in length. This is several times the length and at least 10 times the weight of the largest great white sharks living today.

It displays nicely on the included stand, and will certainly impress your friends.