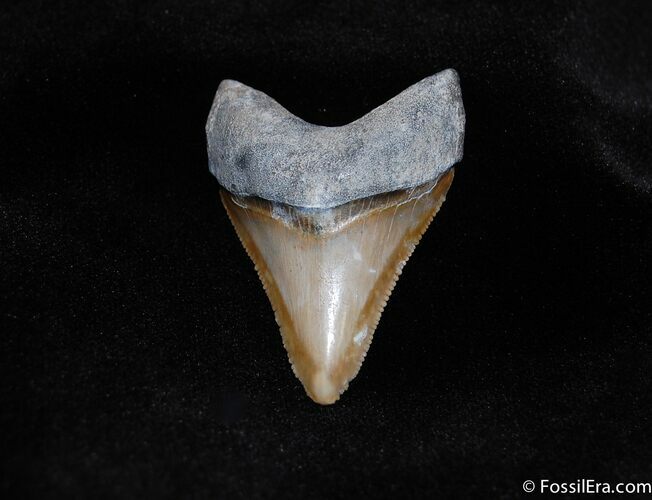 This is a nicely colored 1.85 inch long Megalodon tooth from the land sites in the Bone Valley region of Florida. These localities are renown for their distinctive colorations and great preservation.