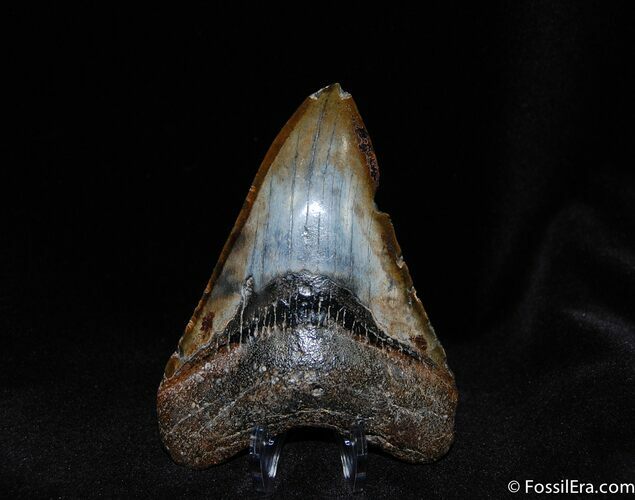 Here's a Megalodon tooth just shy of 4 1/2 inches with a very colorful blade. It was collected by a diver off the SE Atlantic Coast, after it had weather out of the Hawthorn Formation. It displays very well on the included stand.