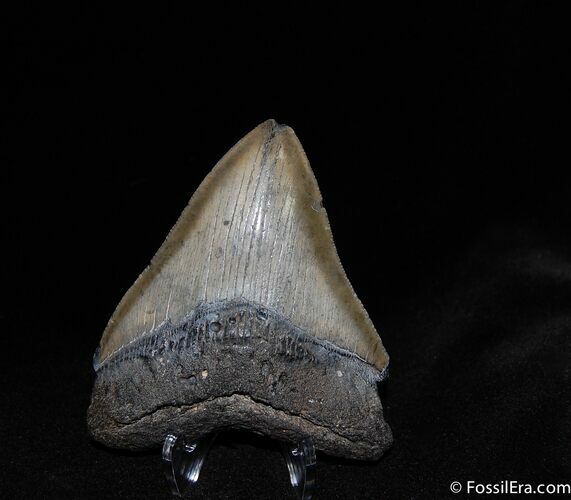 Here is an impressive 4 inch long tooth from the prehistoric, mega-shark the Megalodon. It was collected from the Hawthorn Formation of South Carolina. The blade is beautifully colored, still serrated and there is some natural feeding damage to the tip. It displays well on the included plastic stand.