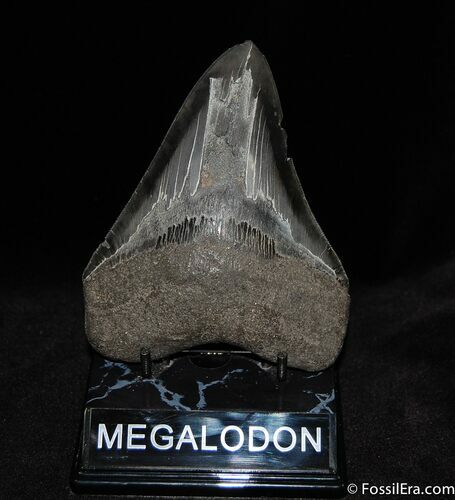 Here is a nice 5.02 inch megalodon tooth from the 4-7 million year old Hawthorn Formation. It's got nice serrations, a sharp tip, and a very robust root. It displays wonderfully on the included stand.

This tooth has absolutely no repair or restoration.