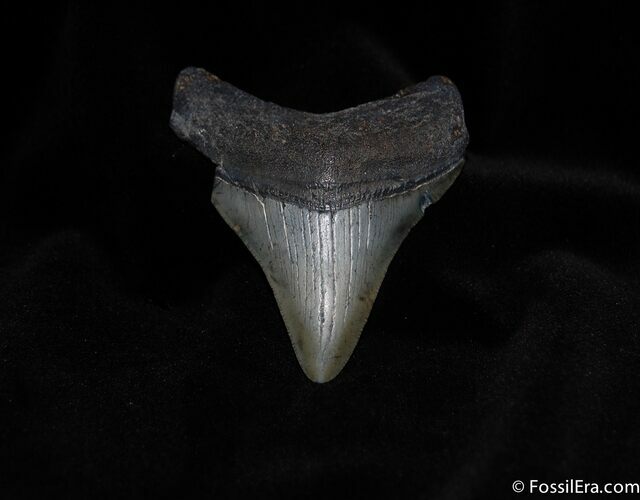 Here is a nice tooth the the ancient mega-shark the Megalodon. It's just over 3 inches long and has a beautiful colored blade with some of the original serrations near the edge. It's missing a corner of the blade but otherwise a great tooth. It would make a perfect gift.