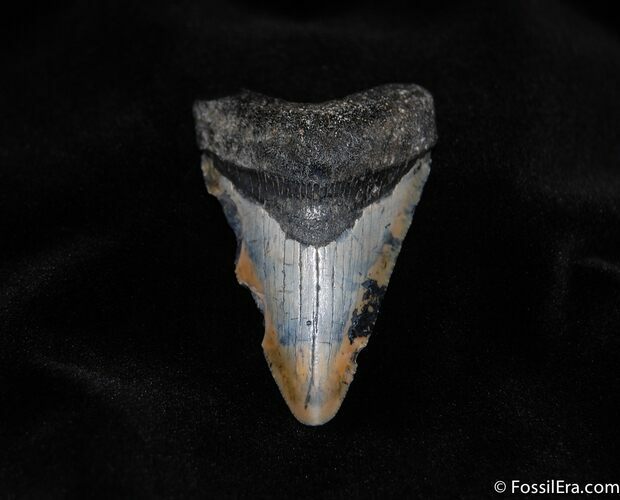 Here is a 2.64 inch long fossil megalodon tooth collected in South Carolina. It has a nice root and a beautifully colored blade. Just some dings out of the left hand side of the tooth. This tooth from a whale eating, mega-shark would make a great start to a fossil collection or holiday gift.