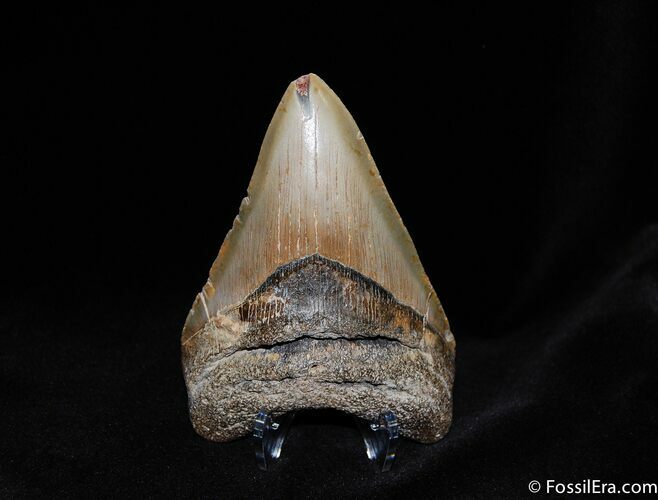 Here is a great deal on a fossil Megalodon tooth that is over 4 1/2 inches long. It was collected by a diver off the coast of the SE United States (probably South Carolina). These teeth erode out of the 5 million year old Hawthorn formation which is the source of the majority of the Megalodon teeth on the market.

The tooth is in overall good condition with some feeding damage on the tip and a few dings on the edge of the blade, and displays great on the included stand. There is absolutely no repair or restoration on this tooth.