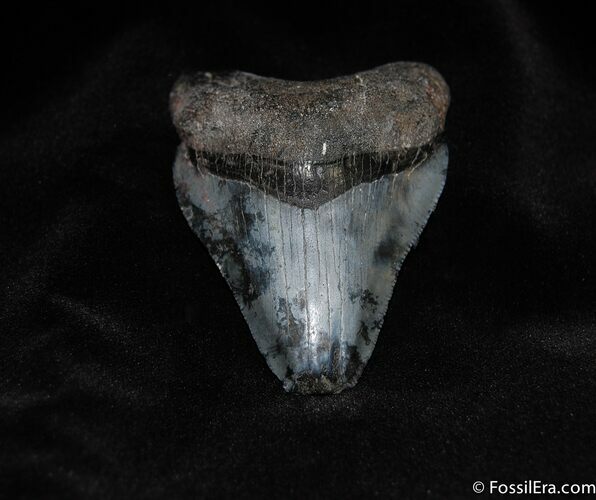 Here is an inexpensive example of a tooth from the pre-historic, mega shark the Megalodon. It's 3 inches long, has nice coloration and still shows the serrations along the edges of it. The missing tip appears to be natural feeding damage the tooth would have sustained during it's lifetime.