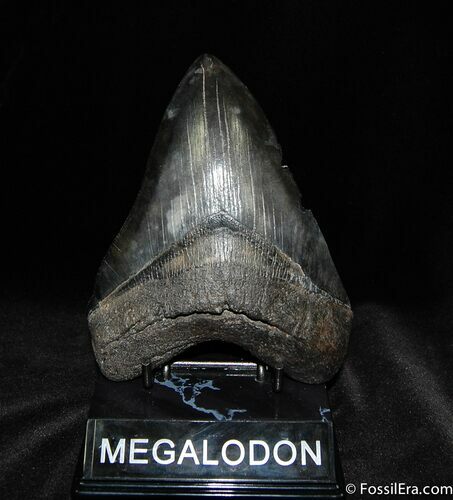 Here is a beautiful black 5.38 inch Carcharocles megalodon tooth from the Pungo River Formation of North Carolina. It is a massive tooth with a beautiful blade, sharp tip, serrations present and a robust root. The tooth is overall very impressive and displays well on the included "MEGALODON" stand.

There is some professionally done restorations done on this tooth. These restorations are on the left hand side of the root and the left corner enamel.