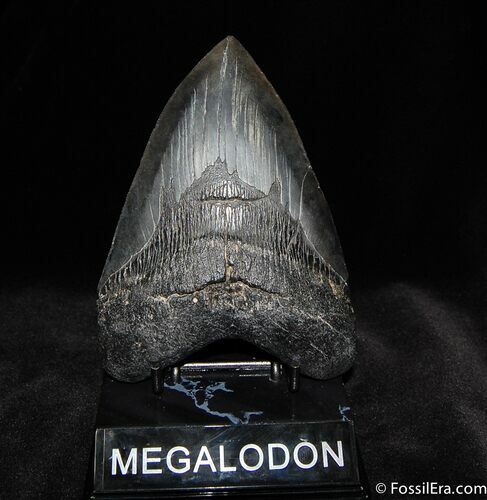 Here is a massive, impressive and beautiful 5.36 inch Megalodon tooth from North Carolina. It was found by a diver after it had eroded out of the Plocene-Miocene aged Pungo River Formation. Both sides of the tooth are sharply serrated and tip is still sharp. This would have come from a true terror of the ancient seas and displays well on it's included stand.