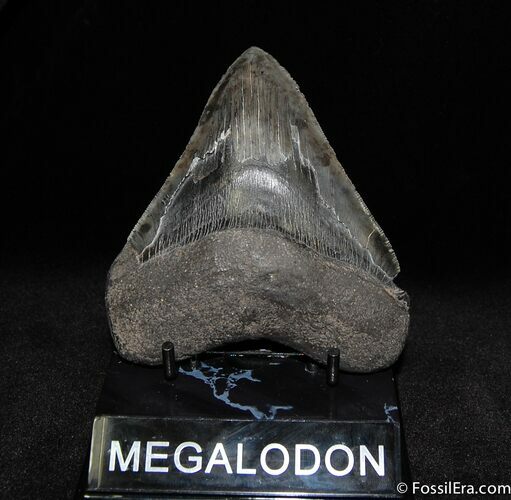 This is an interesting Megalodon tooth, as the blade is naturally curved backwards. It's a large tooth at 4.41 inches long and has beautiful blade coloration and is highly serrated. It comes with the pictures "MEGALODON" stand.

There is RESTORATION on this tooth, a portion of the root and one corner of the blade just above the root have been professionally restored.