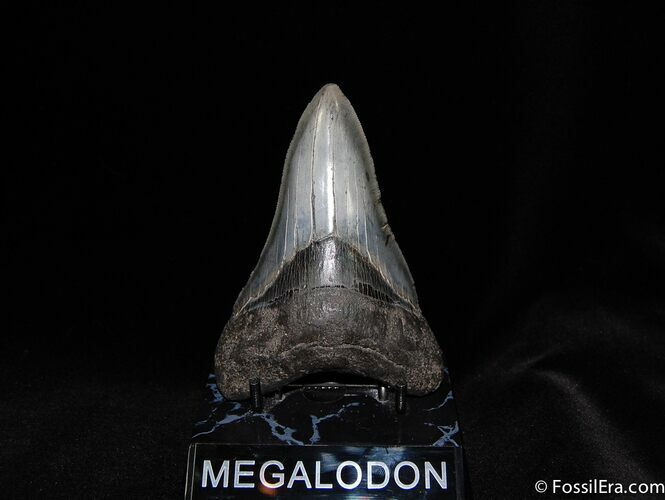 This is a nice dagger shaped Megalodon tooth from the SC Coast. It has nice serrations, a good bourrelette and very beautifully colored enamel. A really displayable meg tooth all around. These fossils come with an acrylic display stand to show it off.

There is a very small amount of restoration work done to the root.