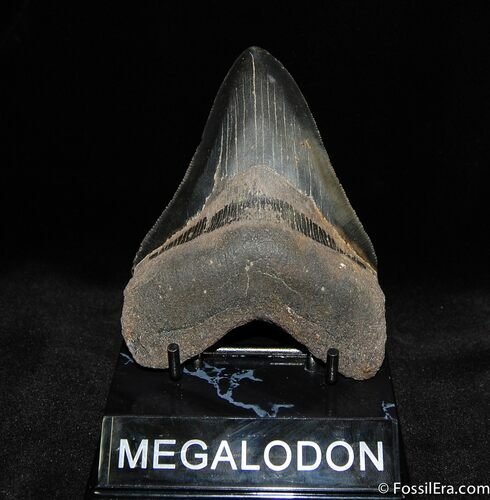 Here's an excellent 4 1/2 inch Megalodon tooth from Georgia. It's in great condition with nice enamel, a big beautiful blade, great serrations, and has no restoration or repair work. It displays very well on the included "MEGALODON" stand. 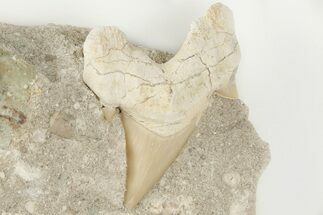