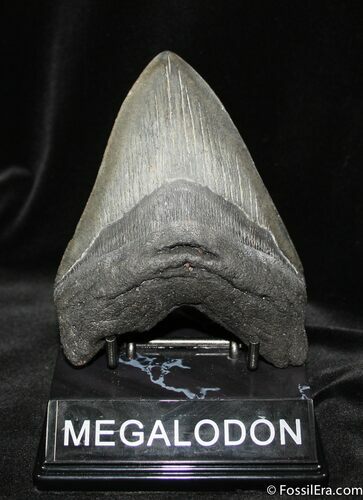 Here is a nice large tooth from the largest predator to ever inhabit earths oceans, the Megalodon. It was collected by a diver in Georgia and is somewhere in the area of 5 million years old. It's complete, 4.9 inches long with a nice blade and robust root. The serrations are worn but it displays very well on the included custom stand.