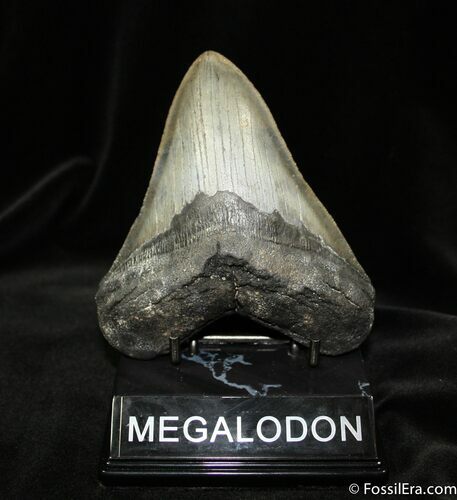 This is a 4.81 inch long Megalodon tooth which was collected by a diver in Georgia. It has a nice dark coloration, good blade shape and some of the serrations are still visable along the edges. It displays well on the included MEGALODON stand.