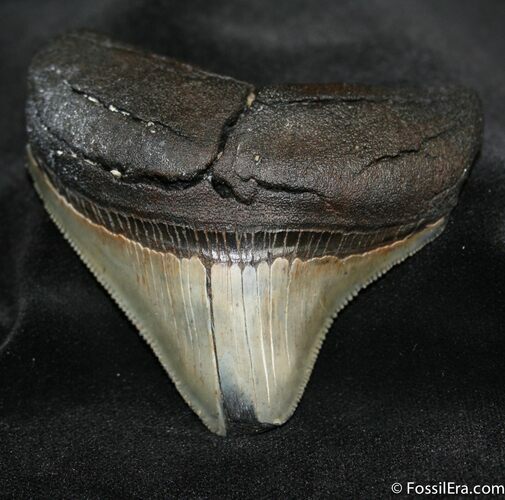 Here's a very nice posterior Megolodon tooth with a very large and robust root and GREAT serrations. It was collected from the Hawthorn Formation of Georgia and is approximately 4-7 million years old.