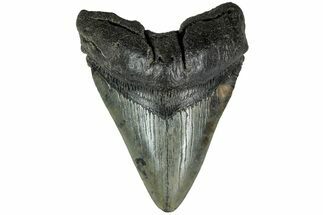 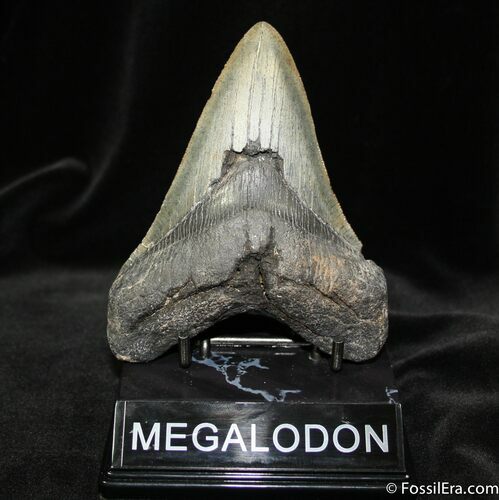 Here is a large 4.83 inch Megalodon tooth from the Hawthorn Formation of Georgia. It has a nice blade, a good tip and displays very well on the included "MEGALODON" stand. This is a very impressive tooth that would be a great gift.