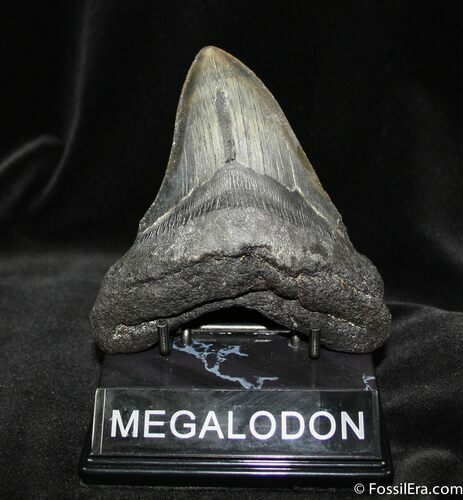 Here's a nice 4.58 inch Megalodon tooth from the Hawthorn Formation of Georgia. It's complete with a nice tip, good serrations, a huge root and no restoration or repair. This tooth from a prehistoric monster displays well on the included stand.