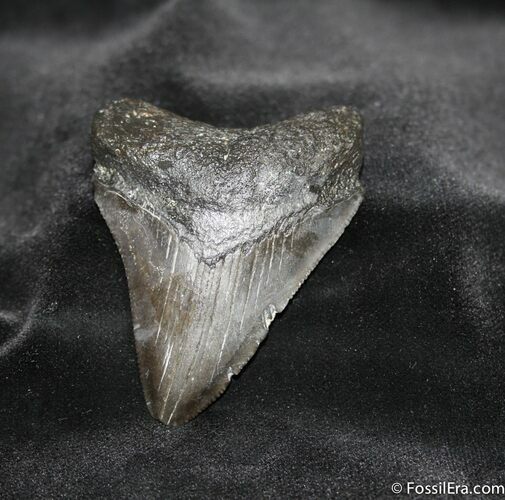 Here is a 3.12 inch fossil tooth from the ancient, mega-shark the Megalodon. It was collected by a diver off the coast of Georgia after it had weathered out of the Pliocene-Miocene aged Hawthorn formation. This is a beautiful tooth, with good serrations and a nice tip, with just slight natural feeding wear.