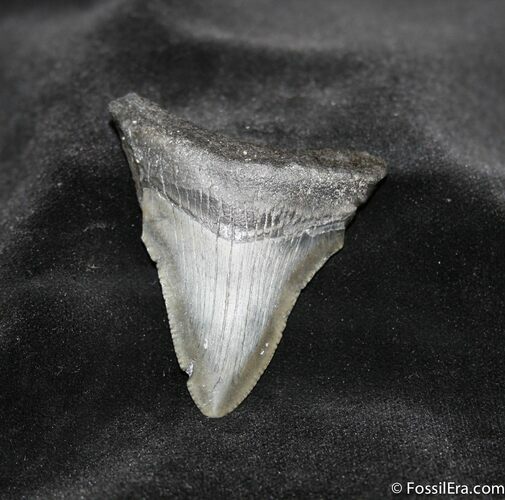 Here is a 2 1/4 Inch long Megalodon tooth from Georgia with some nice serrations along both edges. It's a good inexpensive tooth from one of the greatest marine predators to ever patrol our oceans.