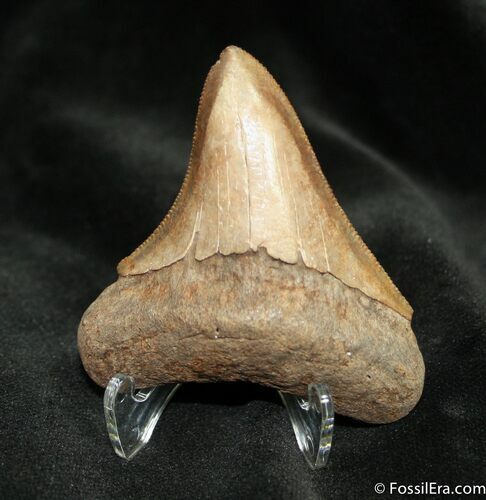 Here is a nicely serrated Georgia Megalodon tooth with a very sharp tip to it. This tooth was collected by a diver after it weathered out of the Hawthorn Formation. It displays nicely on the included acrylic stand.