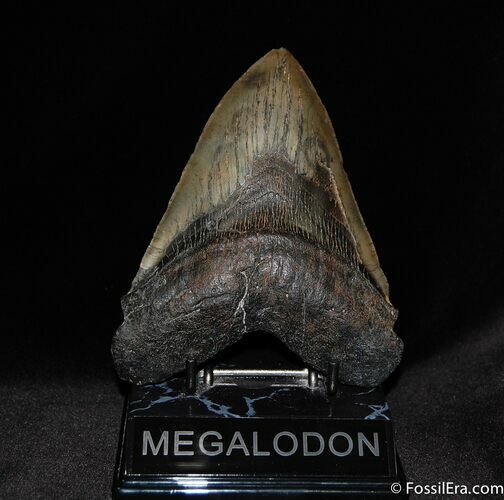 Here is an impressive and intimidating 5 inch Megalodon tooth. It's hard to imagine that this came out of a living animal, that patrolled the ancient oceans snacking on whales. Collected by a diver off the SC coast where these teeth erode from the 4-7 Million year old Hawthorn Formation.

The tooth is in good condition overall. It's got a robust root, a nicely shaped blade and displays very well on the include stand (first picture). This tooth has NOT been repaired and has no restoration. Would look great in any collection or sitting on your desk to impress and scarce others.