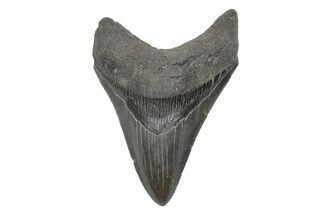 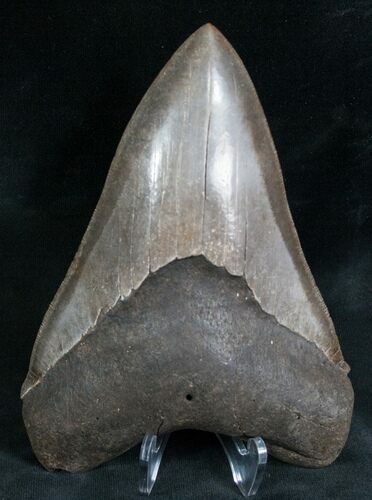 This is a monster, 5.79" long Megalodon tooth from the Hawthorn Formation of Georgia. A tooth this size would have come from a large, adult shark, probably well in excess of 40 feet in length. The blade on this tooth is in wonderful condition with glossy enamel, visible serrations and a nice tip. Really a high quality tooth with colors very distinctive to the rivers in Georgia.