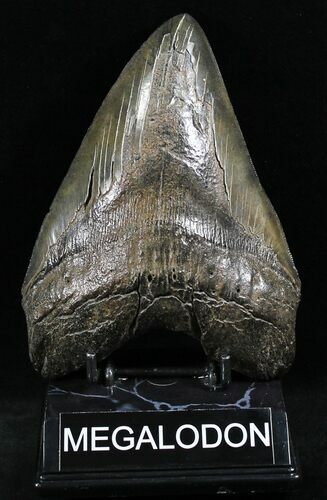 This is an absolutely massive, Megalodon tooth at 6.02" in length. Complete teeth over 6 inches in length are rare finds and would have come from super-sized sharks in excess of 50 feet in length. It has some enamel peels but is otherwise in good shape with most of the serrations still visible.