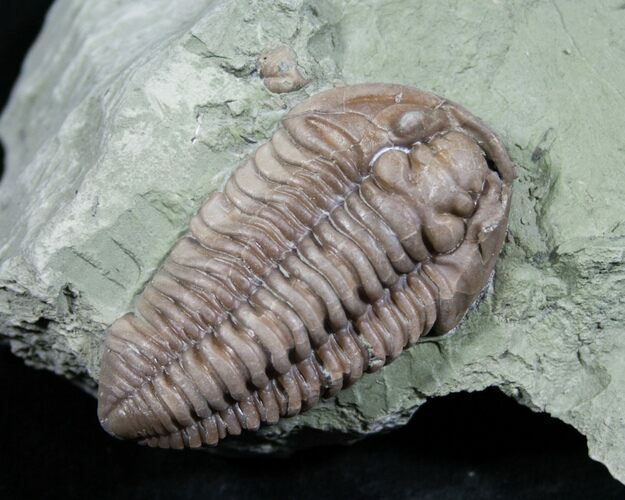 Here's a big, fat and very 3D Flexicalymene trilobite from Oldenburg, Indiana. It is 1.92 inches long which is near maximum size for "flexies" from the site. It has been prepared under microscope using air abrasives to reveal the awesome shell detail. This one is a beast compared to your typical flexy