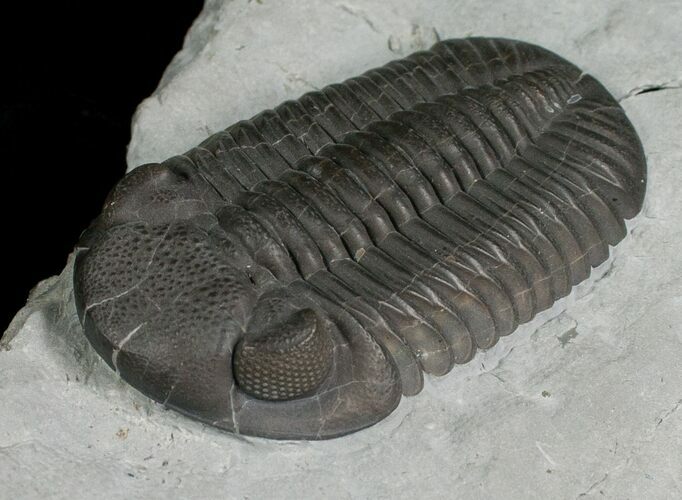 Here's another monster Eldredgeops rana crassituberculata from the Silica Formation in Ohio. Silica Formation trilobites are some of the most highly sought and collectable trilobites from the United States. Not least because all of the quarries they used to come from have been off limits to collectors for years. You don't see them on the market very often anymore.

This one is beautiful, with a nice dark brown shell shell and great surface detail. It's 2.57" long which is one of the biggest prone specimens I've seen. Beautiful eye detail and a very impressive trilobite. 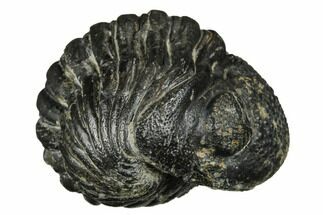