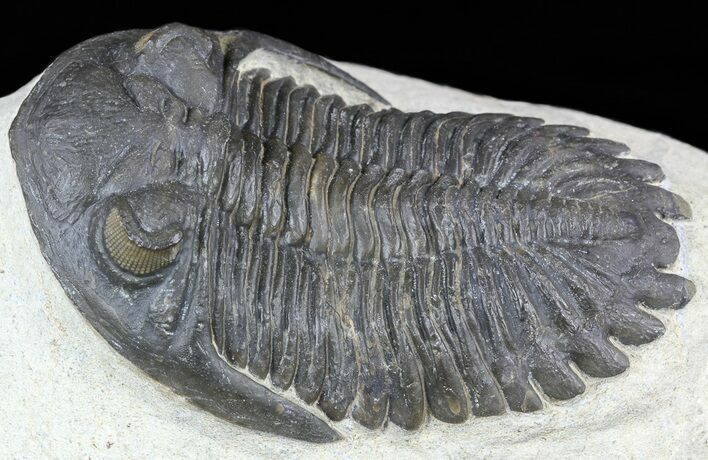 This is a 2.7" long, beautiful Hollardops trilobite. It's a good size specimen, with nice preparation work and clean eye facets in both eyes with an orange tint to them.