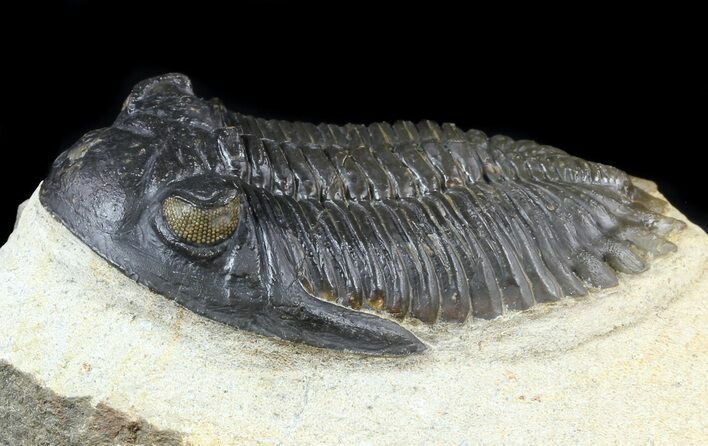 This is a 2.7" long, brown Hollardops trilobite with orange eye facets It's a good size specimen, with nice preparation work and clean eye facets in both eyes.

2.7" Spiny Delocare (Saharops) Trilobite - Bou Lachrhal, Morocco
$795 $675
Only Hours Left - Last Day Of Black Friday Sale!
Our biggest sale of the year is almost over. All items sitewide are discounted 5-25% with some special items marked down even further.