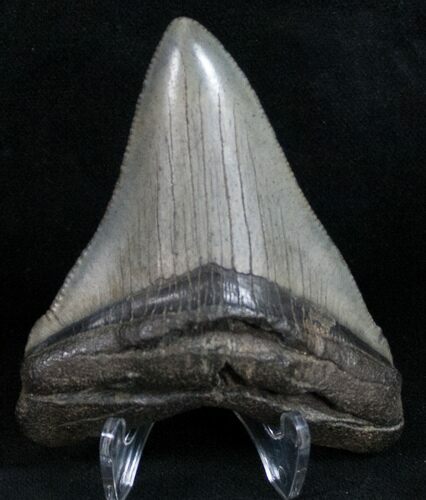 This is a nice looking 2.97" long Megalodon tooth collected in South Carolina. It's complete and in good shape, while the serrations are worn, most of them are still visible.