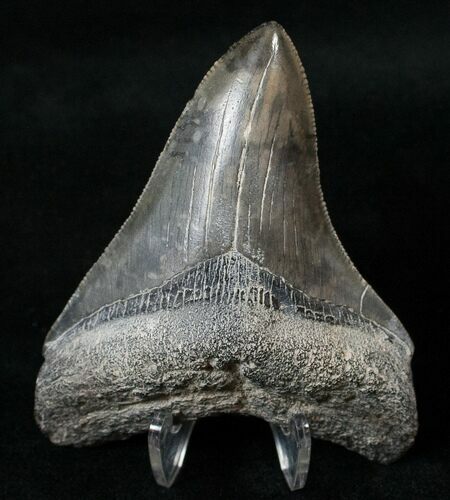 This is a sharply serrated 3.18" Megalodon tooth collected from Georgia. The tooth is in good condition all around and would have come from a small Megalodon shark in the 25 foot size range. Comes with an acrylic display stand.