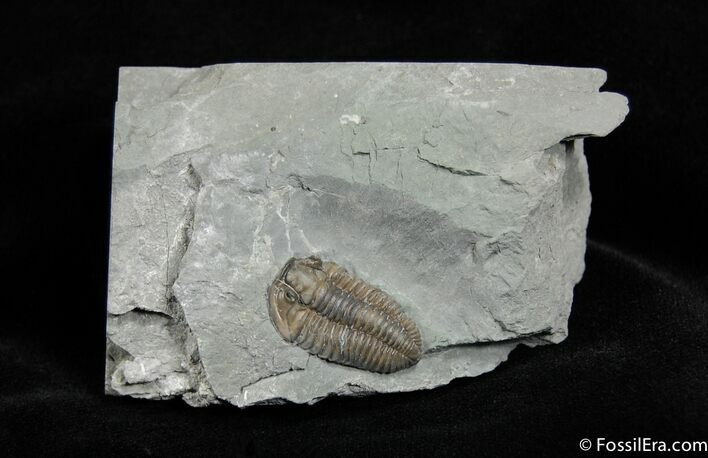 Here is a nice average sized Flexicalymene retrorsa from the Richmond Formation of Indiana. This species is seen much less frequently than the commonly collected meeki which comes from a different member of the formation. The preservation of this trilobite is great, with just the right free cheek missing. It is very 3D and the dark carmel coloring contrasts well against the matrix.