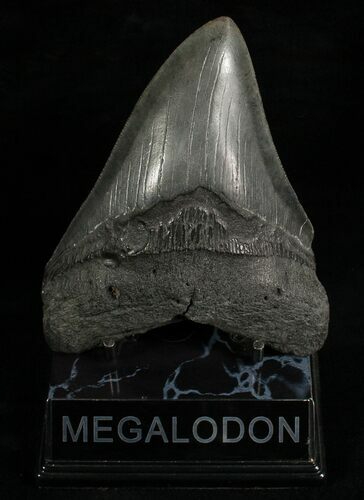 This is a large 5+ inch long tooth from the pre-historic, monster shark, the Megalodon. This tooth would have come from a good sized adult shark, possibly in excess of 40 feet. It was collected from off the coast of the Carolinas after it eroded out of the Miocene aged Hawthorn Formation. It's in overall good shape and comes with the pictured stand.