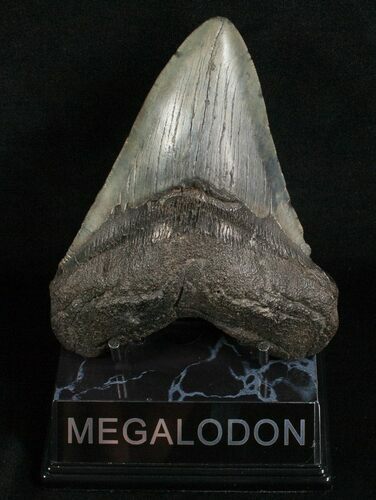 This is a nicely shaped, large Megalodon tooth just a bit under 5 inches in length. While the serrations are worn it's generally in good shape with nearly all of it's enamel intact and a nice root. It comes with a customer "MEGALODON" stand to show it off. 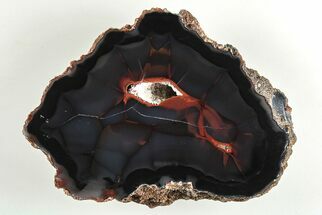