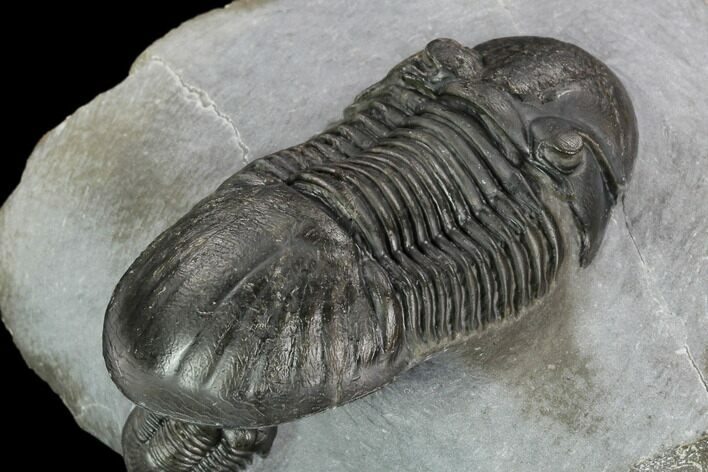 This is a pair of nicely prepared Paralejurus trilobite fossils quarried near Mrakib, Morocco. The larger specimen is 3.05" long with a smaller, 1.2" long individual underneath it's tail. Excellent shell detail on both trilobites with tiny eye facets visible under magnification.