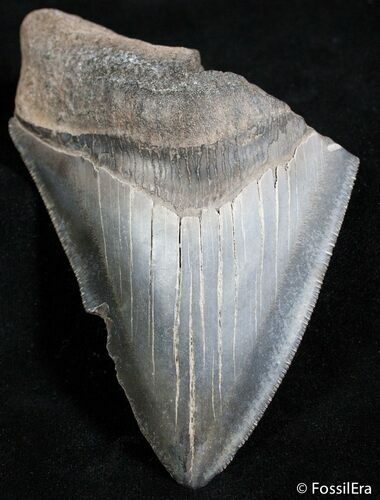 It's really too bad this tooth wasn't complete as it has beautiful coloration and sharp serrations. It's just missing the left hand side of the root, so it's a bargain specimen.