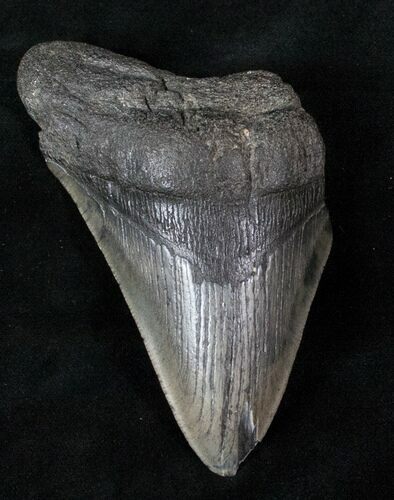 This is a partial 4.6" long fossil Megalodon tooth collected in Georgia after it eroded out of the Hawthorn Formation. It's missing one corner of the root but is otherwise a nice large tooth. A tooth of this size would have come from a prehistoric shark around 35-40 feet in length, a true monster of the Miocene seas.