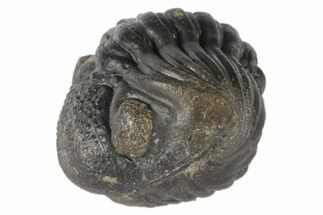 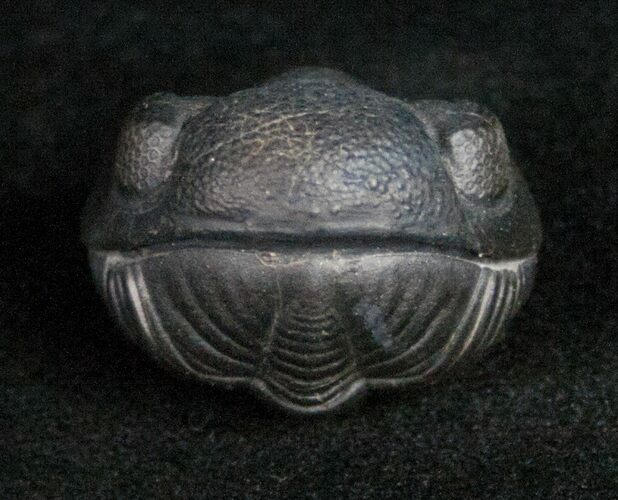 This is a beautifully preserved, enrolled Eldredgeops from the Windom Shale of NY. It's pretty rare to get rollers this nice from this formation. It's .95" wide and the trilobite would have been about 1.5" long if outstreched making it quite large for the locality. Really nice preservation including the eye facets in both eyes. 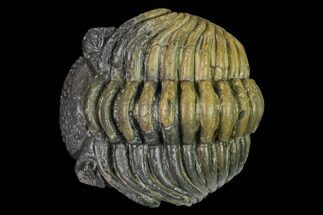 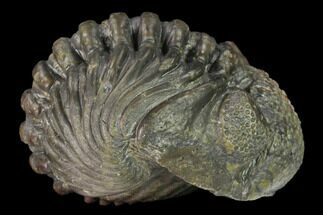