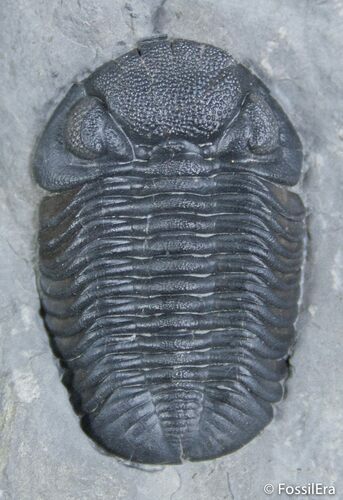 This is very nice, and large Eldredgeops from the Windom Shale of NY. Only a small percentage of these trilobites are found completely prone like this, and a much smaller percentage reach these lengths. This is about as good as they get from this location.